Designer Marc Böttler used stacked wooden blocks and combined them with tricky camera angles to turn children’s playthings into a cool set of optical illusions. He calls it his Klotz Type Experiment. Because they only form letters when viewed from certain direction, it might be one of the first official anamorphic alphabets that could be used on a computer. I think it would be really cool if he were able to turn these into an official optical illusion font, even if the full 3D anamorphic effect can be seen in person only.

I’ve never been very good at wooden block architecture, so I never really made anything all that impressive with the toys when I was younger. They do seem like a good, albeit underutilized, medium for art projects. Have any of you ever made cool stuff with wooden blocks? 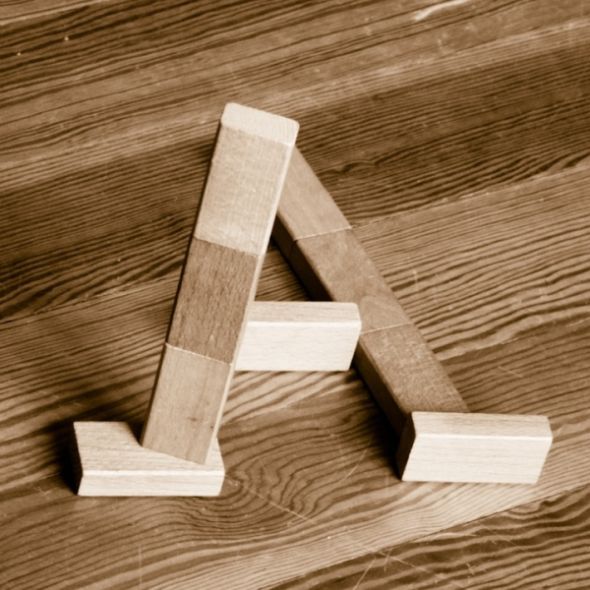 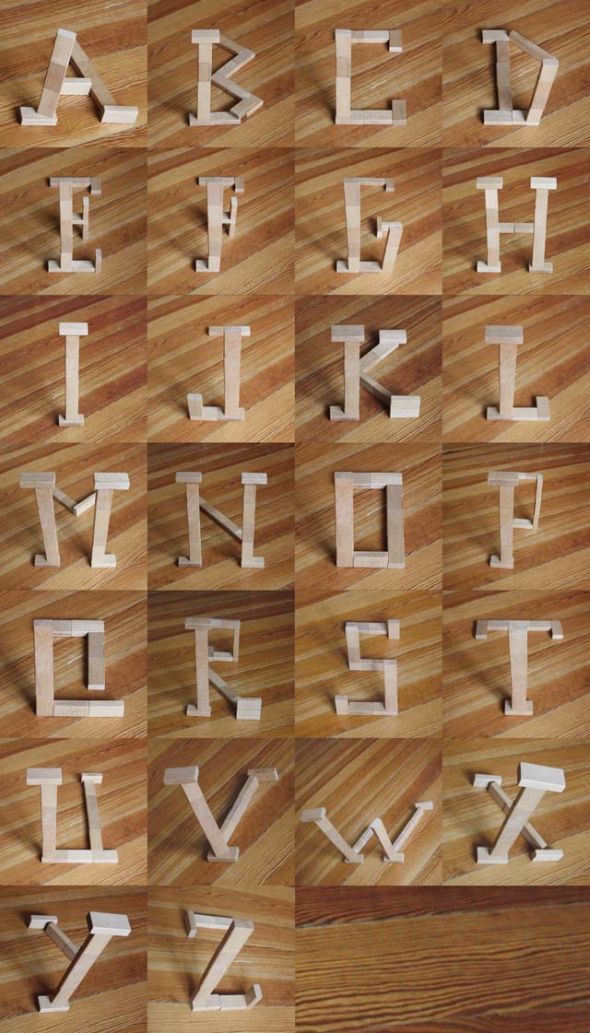