Alright, not your every-day Optical Illusion, never the less “The Virgin Digital Find the 75 Bands” competition is the cleverest piece of marketing I’ve seen in ages. If you haven’t already got the picture in your mailbox, you can get the full-sized image by clicking on the image below. This Competition is guaranteed to provide endless hours of amusement and head scratching, it’s a large image which contains graphic representations of 75 band names. For example, there are guns in the basket with roses, which obviously represents band called “Guns ‘n’ Roses”. Here’s what I want you to do: find one that wasn’t previously mentioned and post your find as a comment in comment section, only one find per user please! Please don’t cheat and search for solutions on Google, let’s make this fun for everyone! Thanks. When you think your done with this flick, be sure to check other searching games below! 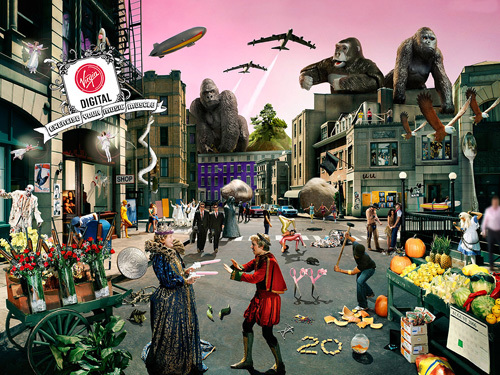 722 Replies to “The Virgin Digital Find the 75 Bands Illusion”