I always wondered how U.S. security/intelligence system works. More importantly, how functional in practice inter-agency cooperation and information exchange really is – specially when there are like gazillion of them… Who coordinates them? Which one acts as roof on top of them all/is its name publicly known at all? I’m sure some of our millions of US visitors have insight into this stuff and would care to explain, at least what they’re allowed to, anyway. What I’m even more interested in, which of the many open-source cypher tools used to encode files are actually impenetrable (at least for now)? Potentially, which of the higher end (non-linear) encryption tools are “safe”, thus can’t be broken by mere use of brute force (by mega capable clusters of computers governments own)? How many of them are proven to lack back-door access?

Now, I wouldn’t want to draw any unnecessary attention, asking all them security questions (lol), yet young engineer-problem-solver minds are always curious and strive for knowledge in diverse fields :D Having such a big audience can actually be a mighty tool – just like that time we got insight into Free Masonry, which basically translates to networking/philanthropy brotherhood for what I could sum it up to(?). Anyhow, sorry for pulling you off the illusion course for a moment – won’t happen again… So, can you decide which of the police officers below is the biggest? You might be surprised what comes out of it, specially if you own Photoshop or some tools to inspect… 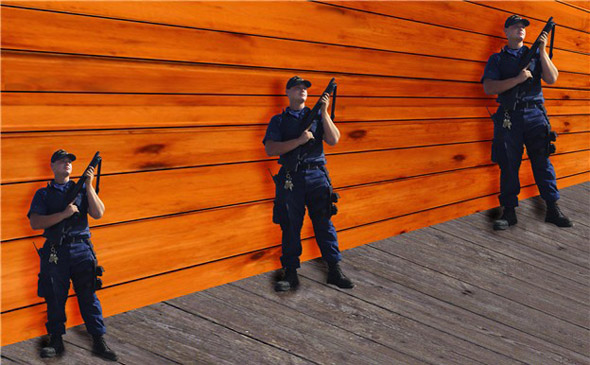