UPDATE: We had a critical situation here – a database crash, and website ceased to function over the last couple of hours. Luckily backup was available, so everything should function correctly again. But I still need you to help me identify if there are any errors on this site left! Please report all your findings and experience during the down-time.

I don’t know if these shots were taken from an actual photojournalism, or were they just used as a theoretical example, but either way consider this a pretty powerful demonstration. See for yourself how our our perception can be easily shaped, and manipulated with by the media. I believe it isn’t necessary to explain this optical illusion. Photos speak for themselves. Imagine you worked for an administration that wants you to show how soldiers have no mercy when it comes to war. You would use the cropped picture on your left in that case. However, if you worked for the other side, and wanted to depict soldiers as human beings, you would crop the right part of the original photo. There you have it! Such powerful example amazes me, but in the same time scares the sh*t out of me. Which makes me think, should we be more skeptic to stories medias bombard us with? 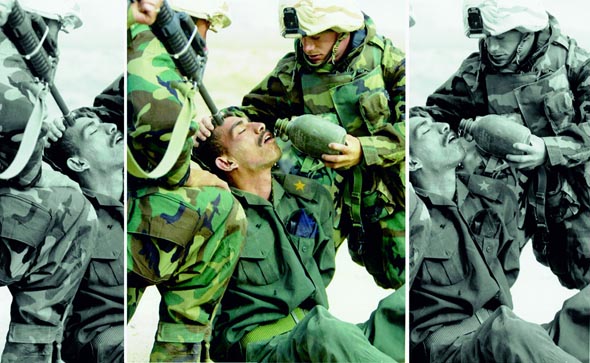