It’s about time for another impossible object, I think. What say you?

Are we in agreement? Great! Because I found a pretty awesome impossible object drawing the other day, and I couldn’t wait to share it! There’s just so much going on in this image, it’s a little hard to take it all in at first… 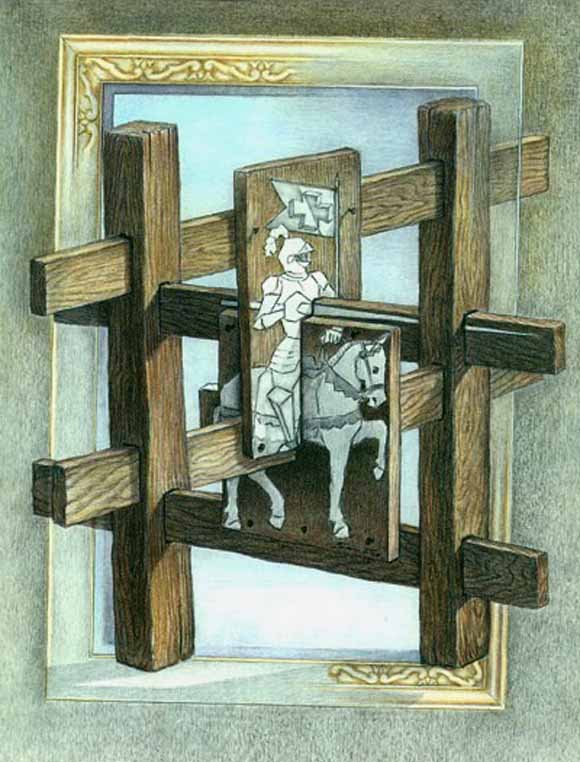 First, we have the picture frame, or what appears to be a picture frame. It looks like this image starts out as an impossible object painting, but the actual object also appears to be popping out of the frame. Strange, yes, but it gets stranger. Next, we move onto the knight and his horse. The body of the knight is painted on a piece of wood that’s perpendicular to his horse, yet the two fit together almost seamlessly, like one whole painting. Of course, that’s easy enough to do with a little talent and some perspective.

What did you think about this impossible object? Make sure you take a moment to rate it below!