Okay, so I have probably one of the best optical illusions I’ve seen in quite a while for you today. It’s quite a doozey too, because it wasn’t just me that was confused this time either. This sucker has stumped the Internet!

This was originally posted by Savannah Root from Lamar, Missouri, and the whole debacle was picked up by various news organizations, including Daily Mail. Some people will be able to see this image for what it is straight away. Others….? Well, they’ll see something entirely different…and some of the guesses on what this drawing actually is are pretty hilarious! 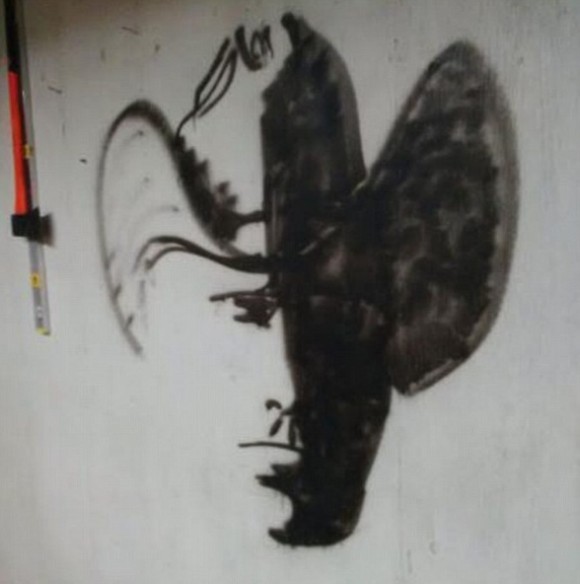 Were you able to see the image that stumped the Internet or did you struggle a bit? The two things that jumped out at me were a crayfish or some sort of other underwater arthropod, or maybe an upside down Godzilla-like creature with wings.

I wasn’t the only one with weird guesses either. I showed the Significant Other, and the first thing out of his mouth was “looks like some sort of dead bird”. Some other fun guesses from the original Facebook post and comments on news sites include:

I’m not giving away the real answer yet, but feel free to leave your own guesses in the comments or on our Facebook post! I’d love to add to the list…

So, were you able to see the image that stumped the Internet? I believe the last time we had an Internet sensation like this was the cat on the steps…

6 Replies to “Can YOU See the Image That Stumped the Internet?”