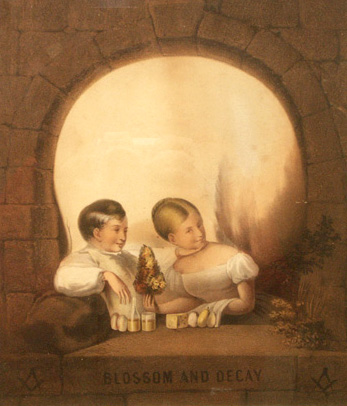 Wouldn’t want to recycle my old posts, but it seems to me we haven’t properly featured this famous #skull illusion dating back to 1860. It’s called “Blossom and Decay” and was painted by an unknown artist. It depicts a young couple in an ambient, altogether forming a silhouette of a human skull.

I’ve read somewhere that scientists may have found the part of the brain that switches between two interpretations of an image. Seems that people who switch faster between two options show differences in their superior parietal lobes. It is beleived the “switching” occurs because our brain re-evaluates what we see, to be sure it doesn’t get stuck on a wrong interpretation.