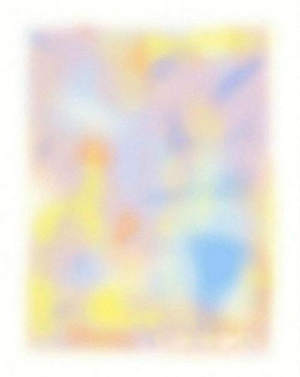 Here and then I feel like having a burden of “responsibility”, where I remind myself it would be irresponsible if I didn’t al least provide occasional education, specially when there are so many young-ones among us, whose minds are still forming and thirsty for knowledge! Before I explain the science behind this interesting phenomenon called Troxler’s Effect, let me show you an example you can experience yourself! Look at the blurry image on your right. Now stare at the center of the image, and at the same time try not to blink. After a moment or two, image will disappear, thus showing you how this article would look like if there was no image attached to it!

Now let’s try and explain the science behind this: Troxler’s Fading or Troxler’s Effect is a phenomenon of visual perception you have just experienced moments ago. When one fixates a particular point, after about 20 seconds or so, a stimulus away from the fixation point (in peripheral vision) will fade away and disappear. The effect is enhanced if the stimulus is small, of low contrast, or blurred. It works best the further the stimulus is away from the fixation point.

Troxler’s fading was first discovered by Ignaz Paul Vital Troxler, back in 1804. It is part of the general principle in sensory systems that an unvarying stimulus soon disappears from our awareness. Here’s a fun experiment you can try yourself: place a small piece of paper on the inside of your forearm. You can feel it for a few seconds, but then the sensation is no longer present. This is because the tactile neurons have adapted. Now, if you jiggle your arm up and down, giving varying stimulation, you will continue to feel the paper until it falls off! Similar fading can be seen of a fixated stimulus when its retinal image is made stationary on the retina, a stabilized retinal image. One can induce an afterimage, usually by an intense, brief flash, such as when one is photographed using a photographic flash. 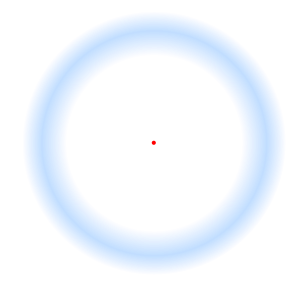 This causes an image to be bleached onto the retina by the strong adaptation of the rods and cones. In all these cases, the stimulus fades away after a short time and disappears. Troxler’s fading can occur without any extraordinary stabilization of the retinal image in peripheral vision because the neurons in the visual system beyond the rods and cones have large receptive fields. This means that the small, involuntary eye movements made when fixating something fail to move the stimulus onto a new cell’s receptive field, giving unvarying stimulation. One of the more famous examples we covered in the past was Lilac Chaser. Be sure to check Disappearing Effect category for many more examples of Troxler’s Effect!