Are you ready to check out a new optical illusion for the day? I have something that I definitely think you all will like. Now, it’s not some sort of ultra hard optical illusion that is going to challenge your brain until you have a headache, but it’s a little bit of a brain teaser optical illusion that is also just generally cool to look at. Below, I’ll tell you how they pulled off the optical illusion in the image that I’m about to post, but I’d like for you to tell me how they did it. So, after you see the image, if you’re able to figure out how they did this, I want you to leave a comment in the comments section below this post. I’m going to trust that you won’t read the text below this image, because I’m going to post the answer there for those of you that can’t figure it out. Are you ready? 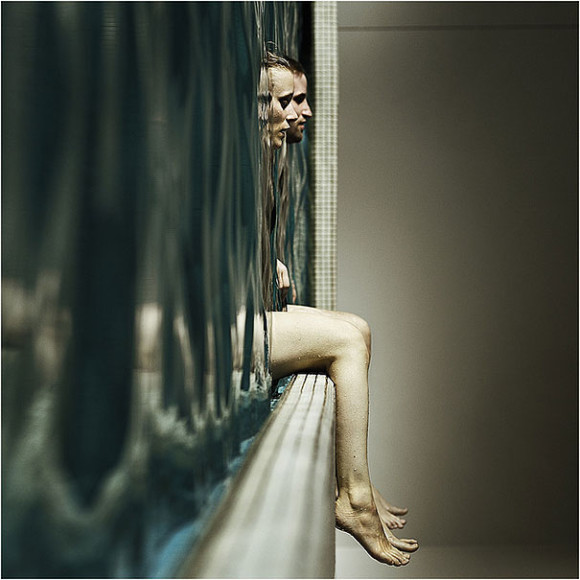 As you can see in the image above, it looks as if these two people are sitting on the edge of the pool. So, my question is — how was this optical illusion accomplished? Now, for those of you that know exactly how they pulled this off, I’d like to say congratulations! I told you it wouldn’t be a really hard one or anything. Basically, this optical illusion is courtesy of an excellent photographer. These people are basically lying back, with their backs in the water and their feet hugging the edge of the pool. The cameraman placed his camera nearly in the water and took a shot of them from the side. That way, it looks like these people are sitting upright with the pool against their back. Pretty cool stuff, huh? If you liked this optical illusion please let us know by leaving a rating :D

9 Replies to “Sitting in the Pool Optical Illusion”