True optical illusion fanatics can’t get enough of hidden and impossible objects, and seemingly bent images. Some are such fanatics that they live and breathe optical illusions! They make even incorporate them into their work.

Here’s what you might get if an optical illusion fanatic becomes an architect…. 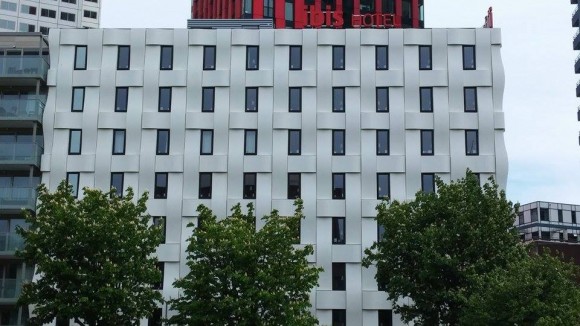 This image was sent to us by a Facebook follower. (Thanks, Pieter!)

If you look at this building optical illusion straight on, what’s the first thing you notice? Do the windows look crooked or sloping? It’s pretty hard to tell, right?

Look a little more closely, though. You’ll notice that the height of the windows are the same on both sides of the buildings. The distance between the tops of the windows and the bottoms of the windows above it are also the same. If you don’t believe me, use a ruler or piece of paper to measure it. You’ll see that the lines are not, in fact, sloping at all and this is nothing more than a building optical illusion.

You can also take a look at a photo of the same building, taken at a different angle… 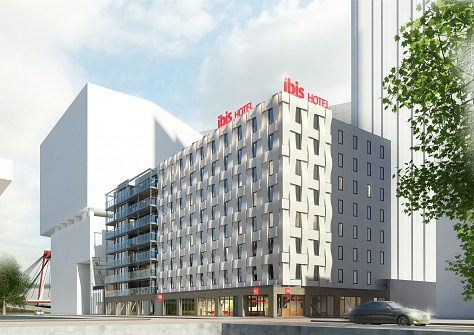 It makes me wonder, though. If someone was actually trying to create a building optical illusion, what kind of flooring was used? Do they look like this? Does the building have impossible rooms?? I have to see this place!