Elevators can be a scary place to be in, specially if something goes wrong. Since childhood, ideas of being trapped by an elevator, or a malfunction happening at the moment we use them, has given us nightmares. Still, I don’t think its that common that each time we step onto a lift, the prospect of dying crosses our minds. We know the odds are in our favor, so if something happens, it will probably happen to someone else, right?

Shoppers in London, however, were in for a frightening ride recently. The lift at the Southside Shopping Centre in Wandsworth, London, gave shoppers a true scare. The elevator had a realistic optical illusion painted, just like that Anti-smoking ceiling we featured before. This time the floor was done in a way to appear it was missing. As customers stepped onto the elevator, their hearts skipped a beat as they were surely in for a surprise. If this over-the-top PR stunt is only a preview of a new ride hitting the Alton Towers theme park next month, it sounds thrilling! 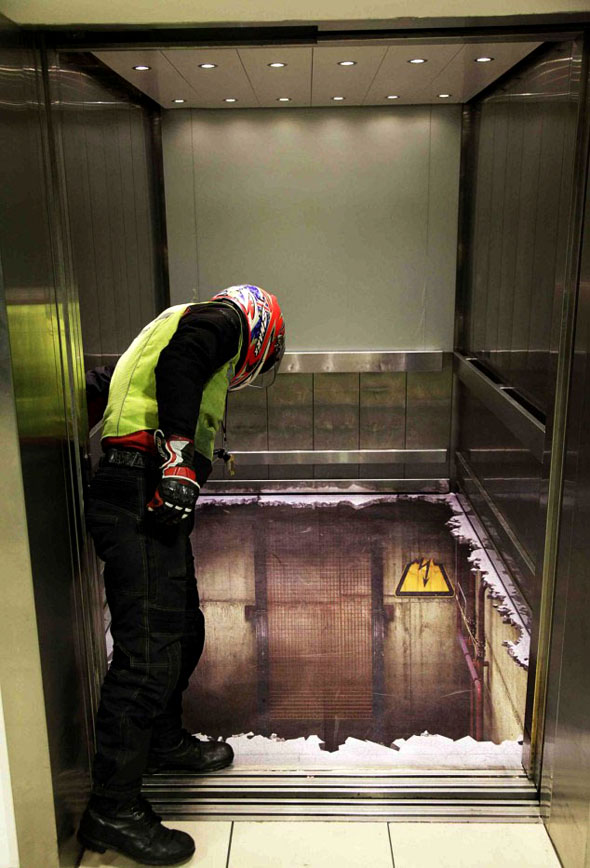 When shoppers called the lift, the door opened to reveal this deep, yawning lift-shaft, and even the most hardened adventurer could be permitted a small scream of terror – The Daily Mail 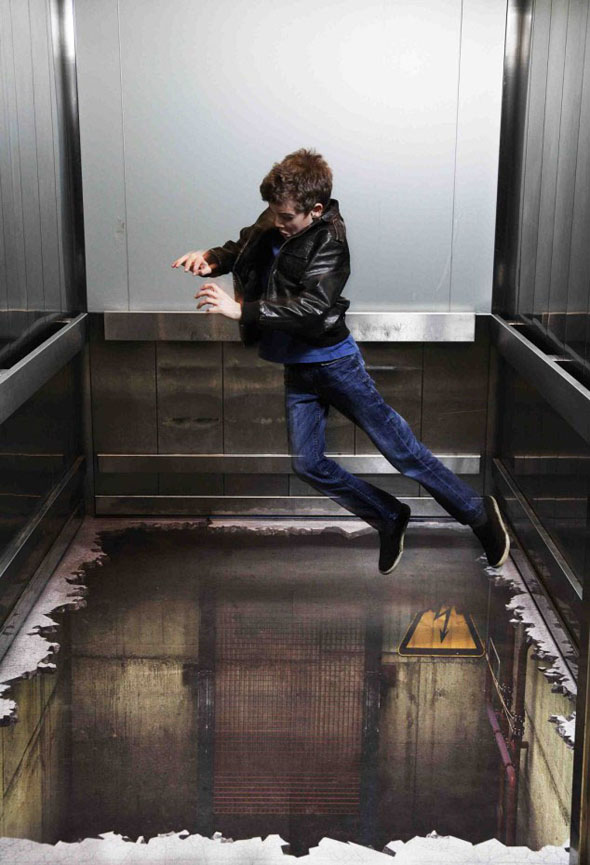 Artist Andrew Walker created this 3D illusion to promote a new ride called “Nemesis Sub-Terra” at the Alton Towers theme park. The ride opens on March 24, and when it does, it will take visitors on an underground journey through an elaborate network of caves. Supposedly, “it will be unlike anything seen before in the UK”. Let’s wait and see… 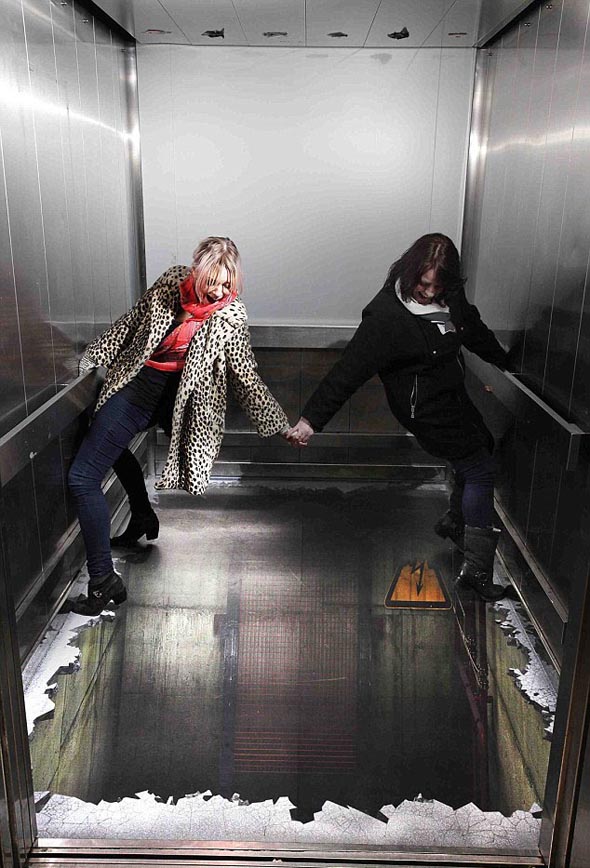