You aren’t gonna believe this one, it has to be one of the best illusions this year. It took me some time to understand what Pablo Salto-Weis Azevedo (the person who sent this to me) tried to explain. Well actually, immediately I saw that the church in the second picture looks different, but then I realized what Pablo was trying to say. Believe it or not, both pictures in the frame below are identical! I have a proof inside the article (where I overlapped them). But first, lets hear the background story from Pablo:

“I am a photographer, and tonight I was editing some pictures from the Azores Islands (Portugal), when something strange happened. When you invoke the “save for web” command in Photoshop, you are presented with two versions of the same picture, on the left the original version, and on the right the optimized for the web one. Well this is what I got. I suppose you too can clearly see that the right picture looks different than the other one, church seems to be tilted to the right.

If you cut that right picture, and paste it over the left one, and play a little with the opacity so that you can see the one underneath, you’ll realize both pics are actually identical! I didn’t align the pics so that you could see both pics at the same time and clearly see that vertical lines are completely parallel!” – I say its amazing. Kinda reminds me of Pisa Tower. 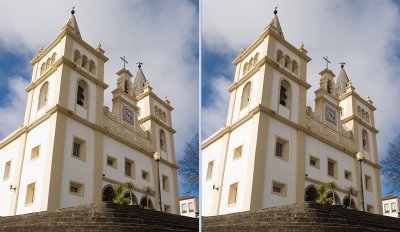 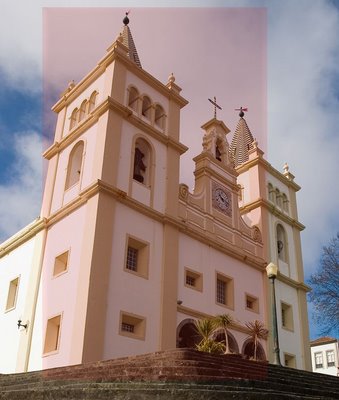 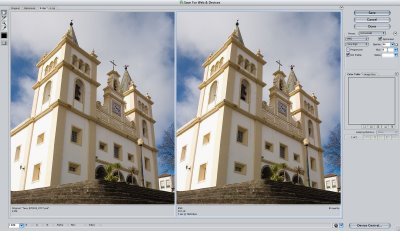 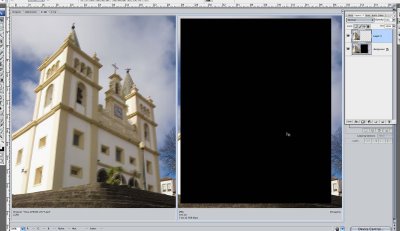