I’ve read couple of comments you left on our yesterday’s post, and it appears that if the left eye is enlarged in photoshop, some bluish dots can be seen, ones that aren’t present in the right eye. I believe this error appeared when I resized the image, and saved it in JPG format. Apart from that, the effect is real, and illusion works just like I explained. To make up, here is a similar optical illusion I found.

The watercolor effect inspired the wave-line illusion by Japanese vision scientist Seiyu Sohmiya. In this version, professor Akiyoshi Kitaoka shows that the white background behind the pattern is tinged by the color of the waves. It looks as if the orange wave has different background color than purple wave, while in fact both backgrounds are purely white! 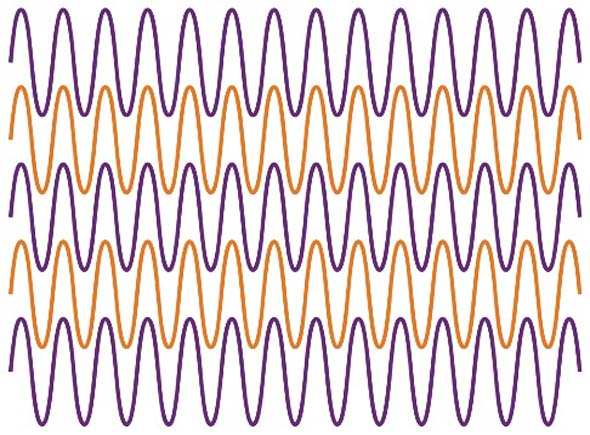