Illusion below is something better known as Roger Shepard’s “Turning the Tables” illusion. Basically it’s the same thing we featured multiple times, using different motif. Look at the two Mona Lisa’s below. If I told you they had an equal surface area on their tops, you’d probably take it for granted. But what if I told you that they also were identical in both length and width?! If you don’t believe me, try and measure them for yourself. Below image is given so you can print it out, make a cutout of both paintings, and reposition them one over another… Do they fit nicely? 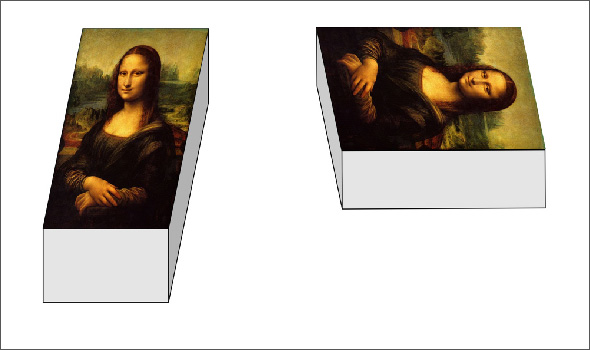