A Leaning Tower of Pisa illusion picture is a must-have is you’re ever lucky enough to make it to the iconic Italian city of Pisa! Pretty much every tourist has had a photo taken of themselves with this slightly crooked tower. Usually, it’s a forced perspective photo giving the illusion of them pushing the tower over or leaning against it.

Some tourists, though, go above and beyond with their forced perspective photos. These cheerleaders took a pretty great one, but I think the BEST Tower of Pisa illusion (so far) goes to this lady! 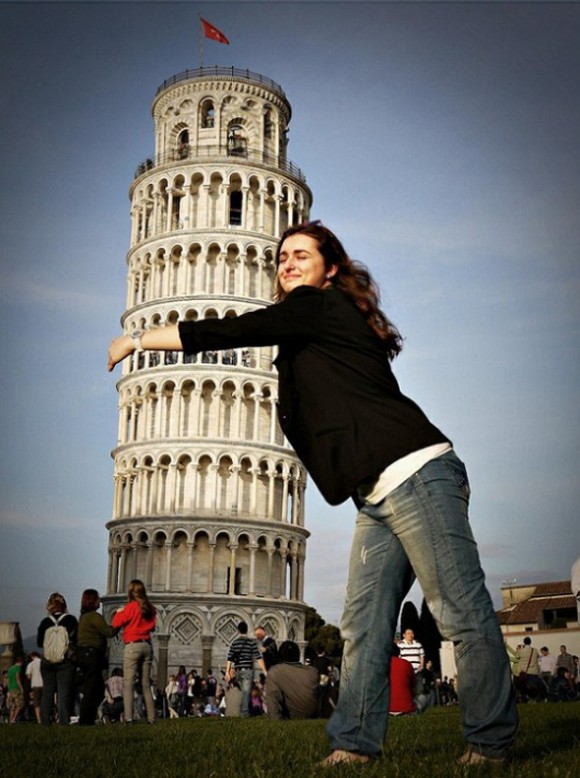 Talk about a love for Italian culture! This lady actually has a picture of herself “hugging” the tower! And, with the way that the tower is leaning toward her, it looks like it just might be returning the affection. Looks like a little love might be in bloom here.

Think you know of (or have) a better Leaning Tower of Pisa illusion picture? Leave it in the comments or send it to our Facebook page!

Don’t forget to rate this Leaning Tower of Pisa Illusion picture before you go!