As we reported back in Feb, scientists have been baffled by the appearance of a mysterious cave at West India Quay, London. Now the same phenomena has been spotted in Geldren, Germany. Moving away from fiction, stepping back to reality, what you see below is 3d chalk drawing created by Edgar Mueller for the International Street Painting Competition in Geldern 2009. This one is the second of his Cave Project Paintings. If you like what Edgar does, I recommend following #Edgar Mueller tag. 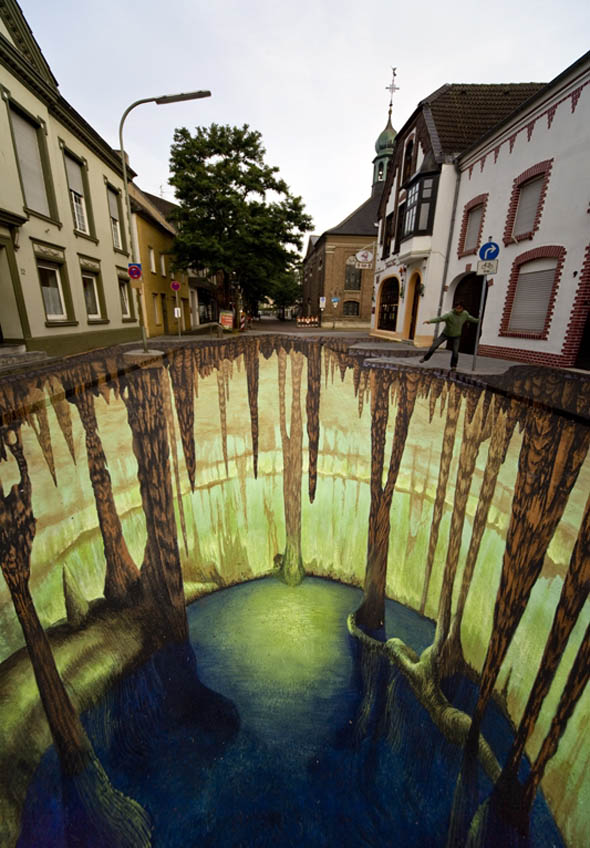 Mysterious Caves 2 – Behind The Scenes: