M.C. Escher’s “Curl-up” is one of his imaginative fantastic creatures. The note surrounding it gives strong support to the potential value of the curl-ups as a concept for an exploratory probe or perhaps a new generation of sophisticated off road vehicle. His “curl-up” creature came into existence because of the absence, of wheel shaped, living creatures with the ability to roll themselves forward Biological details are still few: is it a mammal, a reptile, or an insect? It has a long, drawn-out, horned, sectioned body and three sets of legs; the ends of which look like the human foot. In the middle of the fat, round head, that is provided with a strong, bent parrots beak, they have bulb-shaped eyes, which, placed on posts, protrude far out from both sides of the head.

In the stretched out position, the animal can slow and cautiously, with the use of his six legs, move forward over a variety of terrains (it can potentially climb or descend steep stairs, plow through bushes, or scramble over boulders). However, when it must cover a great distance, and has a relatively flat path to his disposal, he pushes his head to the ground and rolls himself up with lightning speed, at which time he pushes himself off with his legs- for as much as they can still touch the ground. In the rolled up state it exhibits the form of a discus, of which the eye posts are the central axle. By pushing off alternately with one of his three pairs of legs, he can achieve great speeds. It is also sometimes desirable during the rolling to hold up the legs and ‘freewheel’ forward. “Curl-Ups” is what is used in translation, but you may notice that Escher came up with a Latin title “Pedalternorotandomovens Centroculatus Articulosus.” Here below we may see a real life model constructed by an artist Hawken King, a British designer living in Tokyo, who specializes in new-media illustration. 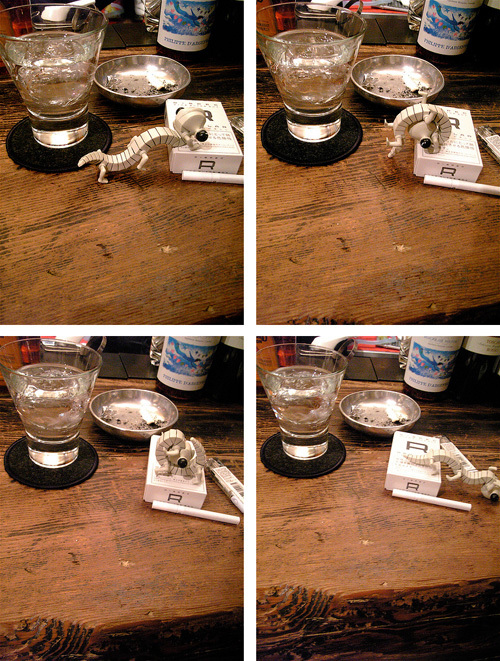 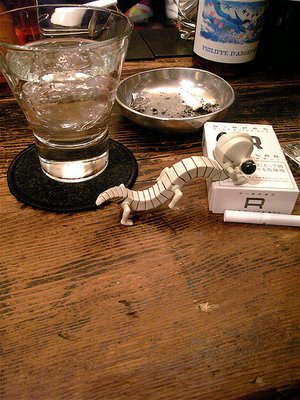 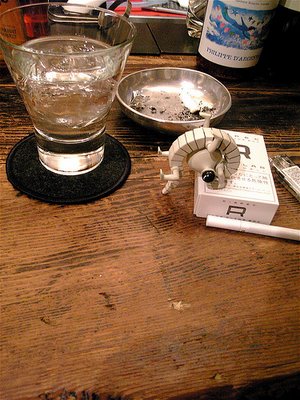 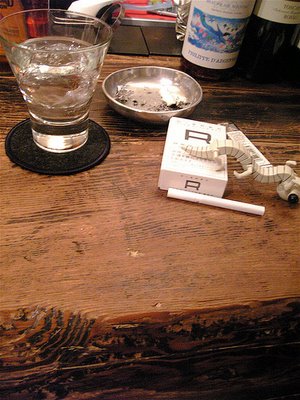 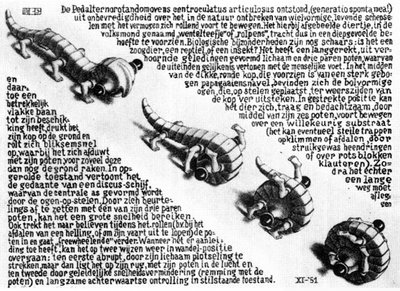