We’re probably all familiar with the impossible triangle illusion, or Penrose triangle, right? It’s such a simple design, yet so complex. At first glance, it looks like your typical 3D triangle. However, look a little closer and you can see that the way the sides of the triangle are supposed to be connected are…well, impossible!

It’s also such a popular and widely recognized illusion, and there have been many variations of it including a more robust version and an impossible heart. Wel, now we have another impossible triangle variation to add to the mix! Let me introduce you the the impossible star illusion… 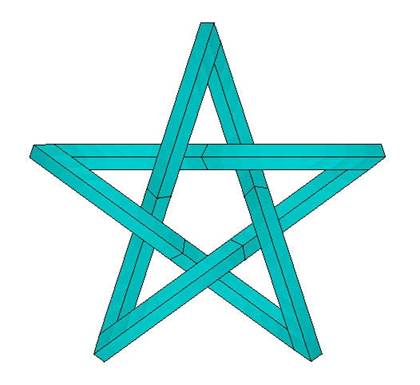 You may have already met the impossible star in your travels, but it’s always nice to run into an old friend, isn’t it? The impossible star above is drawn with somewhat thin sides, making it just a little more difficult to recognize right off the bat what it is. However, the impossible star below, drawn by Irwell Pete in 2000, was drawn with thicker sides, so it’s actually easier to see that it’s an impossible object. It’s also a lot more colorful and pretty too! 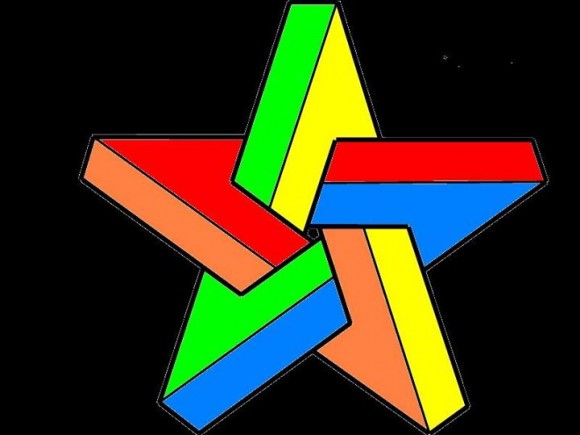 If you liked today’s impossible star illusion, please take a moment to rate it below! If you love the impossible, be sure to check out our collection of impossible objects!

One Reply to “Impossible Star Illusions”