Now that we’re posting all sorts of real life optical illusions, specially those involving chicks beautiful women, let me show you one of the newest ones floating ’round the net. Can you see what is happening in the photo below? I can assure you there has been no digital manipulation involved. It shouldn’t take you more than a second or two to see what is actually happening. Still, I think it makes one hell of an artistic shot. Agree? Yes or No? Btw, I’ve grouped some gymnastics illusions into one separate group, so be sure to check the #gymnast tag if you’re interested… 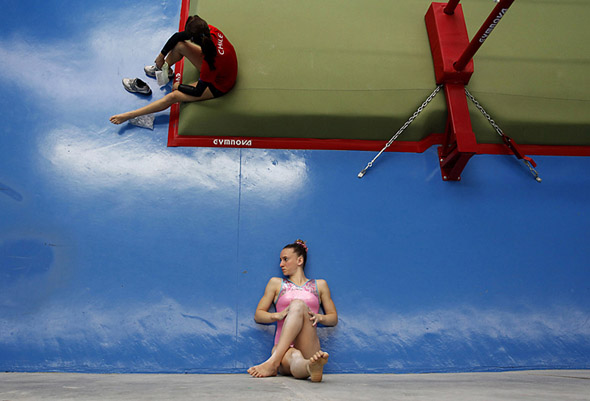