A while back, someone did a series of photographs using simple paper cutouts to turn famous landmarks into something else entirely. It was just a series of photos using a little forced perspective, but it was pretty awesome! One of my favorites was the giant LEGO man created at one of the world’s most famous arches. 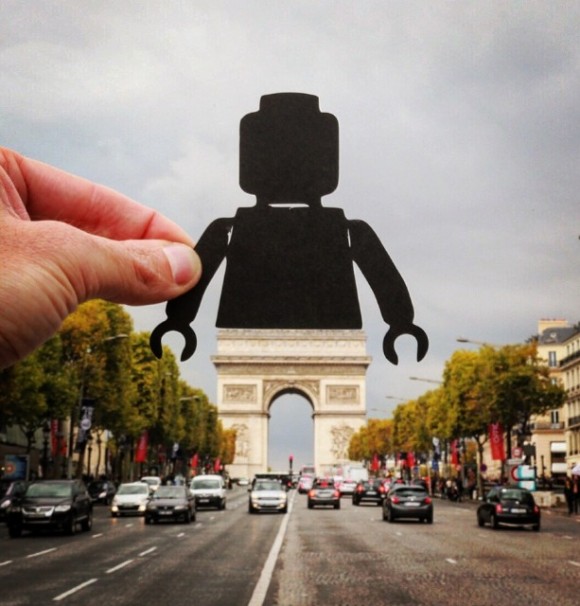 I believe that the landmark used in this photo was the Arc de Triomphe in Paris, but I can’t be completely positive. I’m not all that familiar with world landmarks, especially when they’re being obscured by a giant LEGO man. So, if you know where this image was taken, be sure to let me know in the comments below. Was I right?

Love forced perspective optical illusions? After you give this giant LEGO Man illusion a rating below, head over and check out this wall leaning illusion!