This is really a wonderful Illusion, originally invented by some English guy I think. This little dragon is made out of paper – simply print it, cut it out, stick it together, and stand it on a table or shelf. When you move around, the dragon’s head seems to follow you around the room (if you stare at it’s eyes). Have a look at the video below to see what I mean. The effect is frightening! You can print the dragon yourself by following thumbnails below (be shure to fold dragon’s head to outside, and not the presumed inside fold!) This is awesome!

How does it work? If we move around when viewing a solid object, our brain knows how the object we are looking at should behave. However the dragon gives us the wrong clues, because we mis-interpret what its shape is. We assume that the nose of the dragon is pointing out towards us, but in fact the dragon’s head is concave. Below is the dragon illusion blueprint, click on the image to view it full size, save it and cut it as the instructions say! 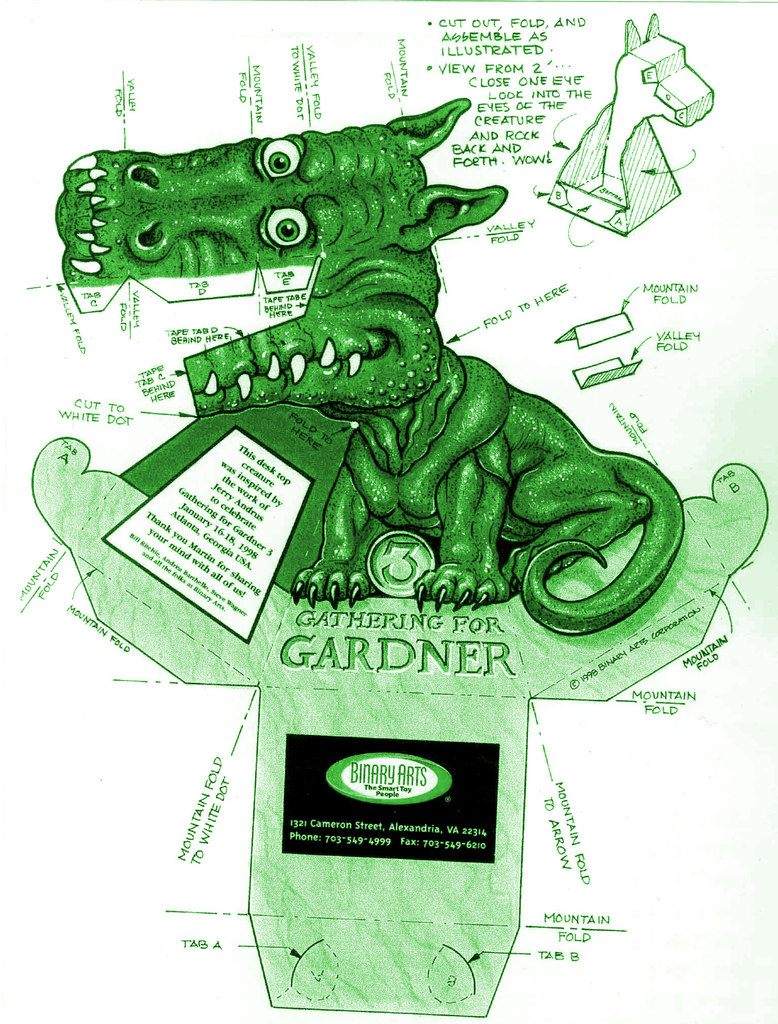 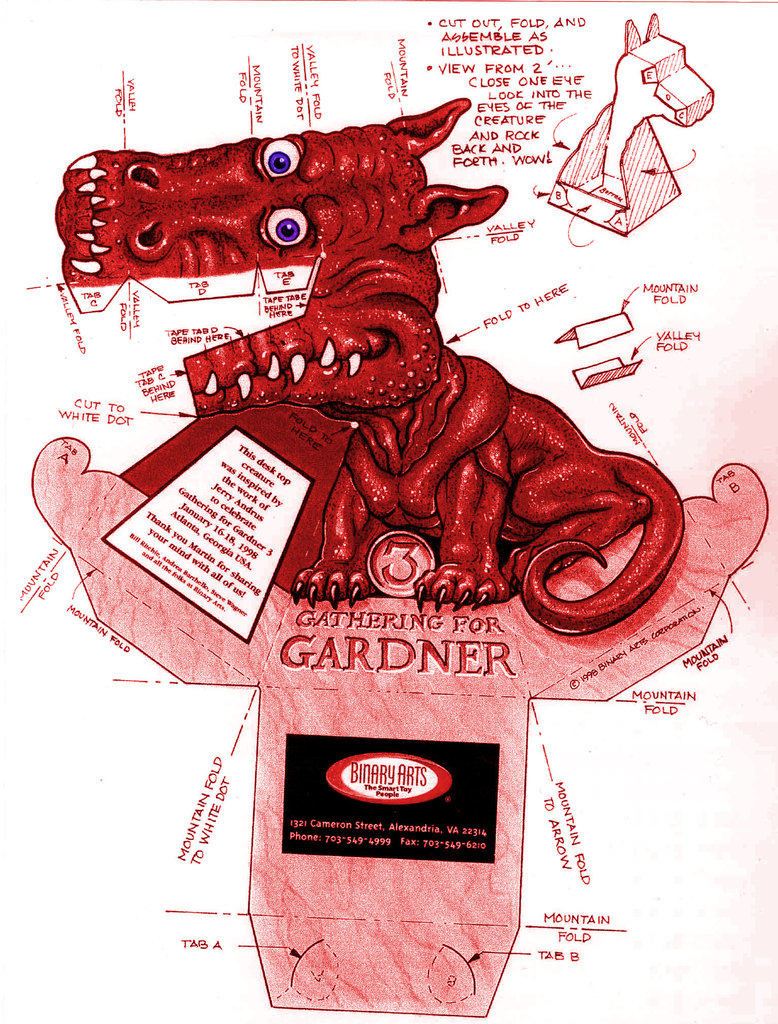 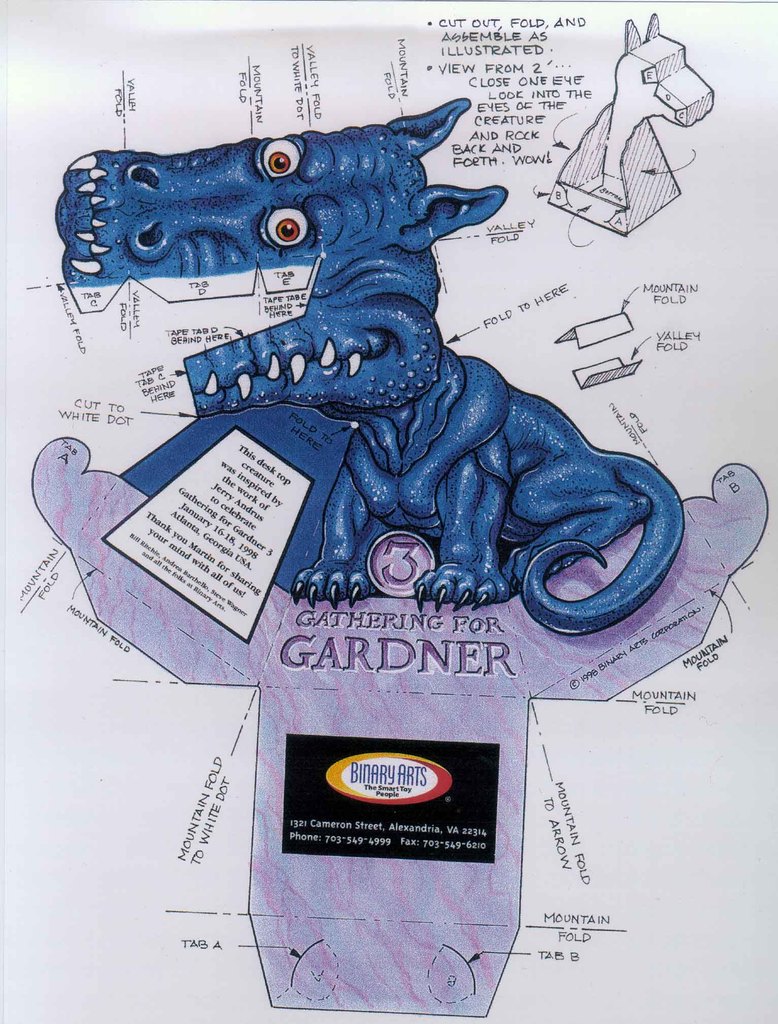