I love it when I get hold of an optical illusion that really blows your mind. That’s exactly what happened with the illusion that I’m going to post up today, because it completely fooled me the very first time I ever looked at it. I was sitting here, looking at the illusion, and I was impressed with the nice spiral effect it gives off. Keep in mind, I’m one of those people that just loves to stare at cool, trippy optical illusion.

After I stared at the image for a little while I noticed that this wasn’t your typical spiral optical illusion, but it was actually something very different that I noticed. I can guarantee you that the artist of this optical illusion tricked a lot of people with this one, because it’s a very subtle change to an old trick that many people won’t even notice, because we’re all so used to seeing so many of these spiral illusion. Check out the illusion below and see if you can figure out what I’m talking. What’s different about this spiral optical illusion? 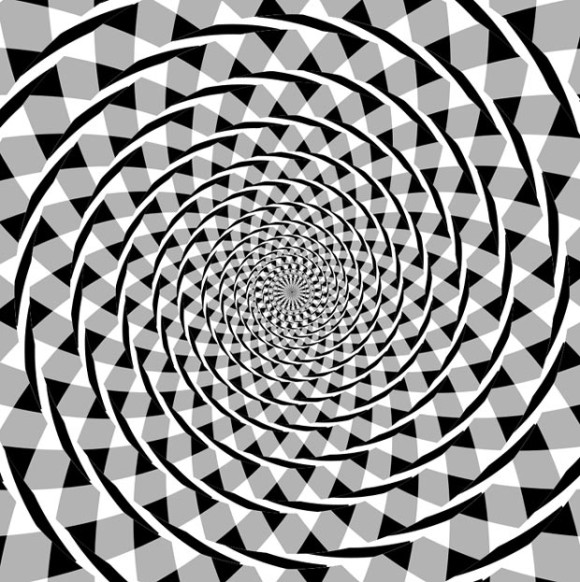 So, can you tell me what’s so different about this spiral optical illusion? If so, go to the comments section right now and leave your answer. I’d like to hear what you’ve come up with and we’ll see if you’re right. At the very bottom of this post I will give the answer, so don’t read any further, unless you want to know the answer.

Want to check out another cool optical illusion that will give your brain a challenge? Check out this illusion and spot 6 critical errors in the image.

**ANSWER TO THE ILLUSION ABOVE**