My excuse to all of you once again for not posting updates yesterday and day before. It’s been a rushy week I have to admit. The landlord kicked me and my girlfriend out of the apartment because of my inability to keep my mouth shut and just obey landlords crazy terms. What can I say, I have short fuse when someone interferes with my freedom and citizen rights. Despite it all turned well, we managed to move in a single day and found better apartment (we always dreamed of). Not to bore you with my private life, here are some recent site statistics for the Mighty Optical Illusions website.

Things have started to roll in a direction I wanted. Alexa has recently updated it’s system which has boosted our site to 28,000 ranking. Our PR stands still at PR5, but is predicted to jump to PR7 in next Google update. Also the traffic has been steady with around 30,000 unique visitors daily and over 100,000 daily impressions. My biggest goal is to leverage the site of all the ads, and give you lighter design, better interface and faster loading times, but in order to do so we have to find Golden Sponsor or Site Specific Advertising representation company which can fill $10 CPM spots. I’m doing my best to close some contracts, but still no luck. It would be my dream to remove all of the ads from the site, and keep only one premium spot, but in order to so we’d have to sign contract with Federated Media, Glam or similar network that can compete with the current rates.

Today’s illusion is nothing special, yet very nice looking. Three posters you see below (2 are inside the article) are from Comedy Channel which used well known “Floating Letters” illusion, and tailored it to fit their advertising needs. I’m not sure if Comedy Channel is the same as Comedy Central TV Network. Any clue? Anyhow, their campaign is perfect example of clever advertising using optical illusions as a base – a perfect formula for huge customer response. This is something I always pushed advertisers to do for themselves, but sometimes its hard to get people just to sit and listen, even if its solely their profit. The biggest thing I’ve learned from this, is to never force making a favor for someone, that doesn’t ask for it. It usually turns out people will be skeptic why are you helping them, and whats in it for you. Anyways, enjoy this post, new one is coming shortly! 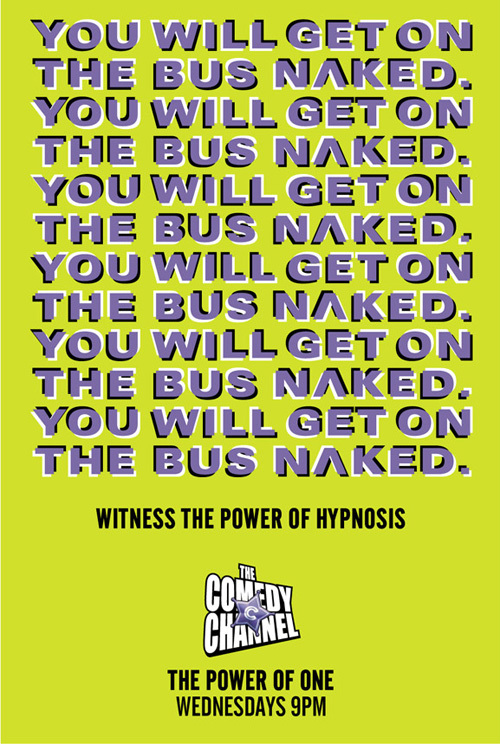 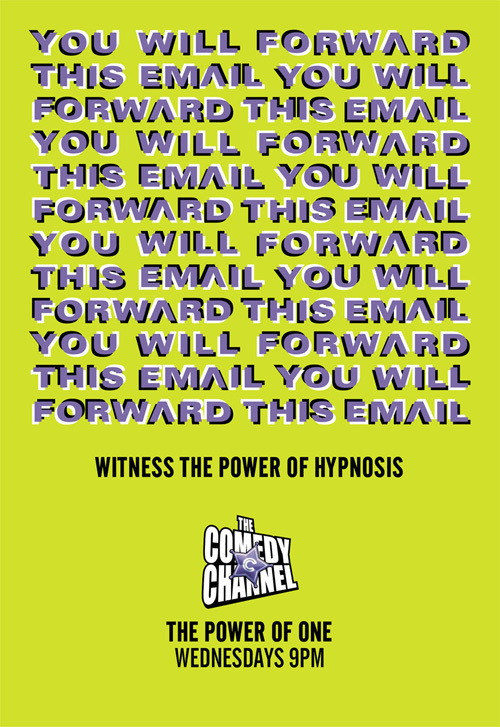 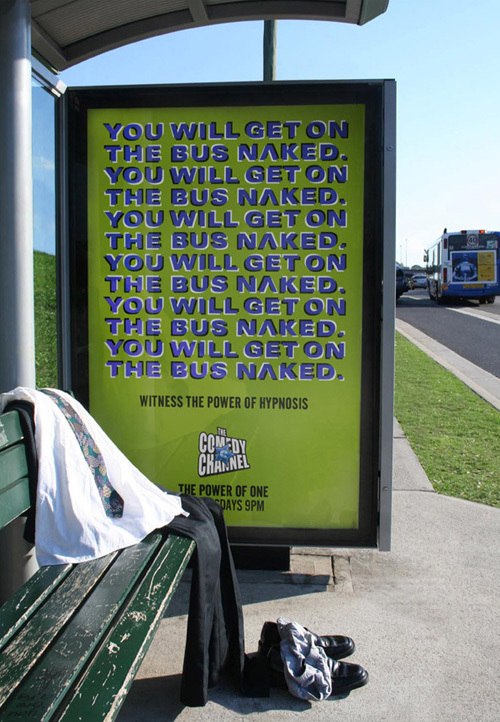