Oooh, I’ve got a tricky, tricky optical illusion for you today! I have to admit that this one blew my mind a little when I saw it. 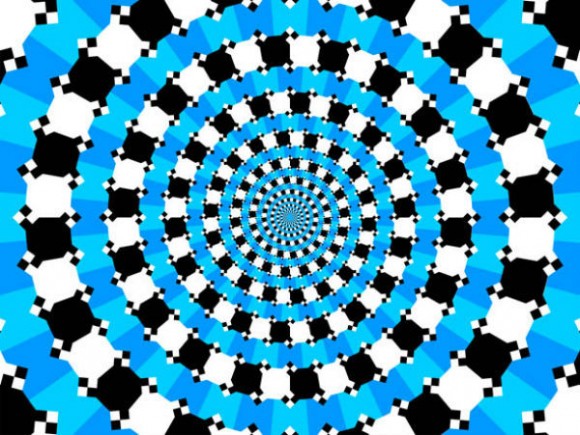 I probably should have mentioned that it gave me a bit of a headache as well, huh?

Anyway, headaches aside, what did you see? If you’re like most people, you probably saw a spiral optical illusion. However, what would you say if I told you that this actually isn’t a spiral optical illusion at all? The black and white lines above isn’t a spiral, but a bunch of concentric circles! The pattern of the circles just makes it difficult for your eyes to follow and you see a spiral instead of the circles.

If you don’t believe me, try following one of the lines with your finger or mouse. You’ll see that each line is a separate circle and not a neverending spiral!