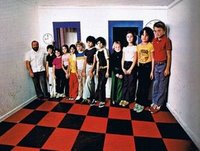 Are these guys under some magic spell? Probably they are, but if they weren’t this effect could also be achieved without movie magic, or complex special effects David Copperfield used! It is called Ames Room, and I posted some photos of it already in the past. Here’s how the story of Ames goes – In the late 40s, visual researcher Adelbert Ames Jr. designed a series of visual “magic tricks” to demonstrate how the mind forms hypotheses about reality and depth. In one such illusion, Ames tested aspects of depth perception in a specially designed, distorted room, example of which can be seen below.

I added another nice video (as promised before), where you can see the effect a little better. I’m just sorry that those two guys in it look like two retards. Do you share my opinion? Would be much better if they added some heroes of might and magic characters in it, to rush things a little. They would surely add some adrenaline! This is classical example of Relative Sizes. Also, dragon illusion has just been updated with another cool video clip. It may take few minutes until the changes take effect.

Ames constructed a trapezoidal room for the observer to view by gazing through a peephole – in reality one corner of the room is much farther from the observer than the other corner is. When viewed from a particular angle, the room appears very normal. 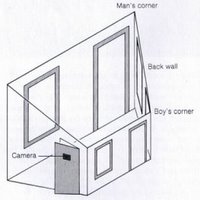 If a man would stand in the far corner of the room, and a small boy in the near corner, the boy would appear larger than the man because of the distorted perspective Ames introduced. Even though the observer knows that adults are usually bigger than children, he still experiences the illusion! I posted another “modern” Ames illusion photo inside this post, so be sure to see it after you watched the video clip.

Heck, I didn’t keep my promise to stay away from this site, until I learn my exam! Well, I decided I can do both If I organize my time well… Do you like long and detailed posts like this one? Please comment :) Once again – Enjoy! 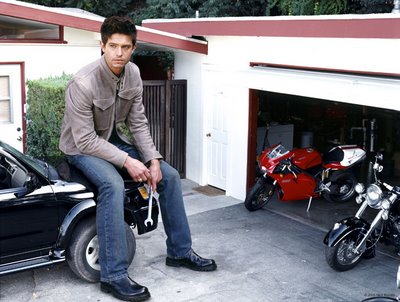