Akiyoshi Kitaoka is a Professor of Psychology at Ritsumeikan University, Japan.  He is a  specialist in visual perception, and visual illusions of geometrical shapes, brightness, color, in motion illusions and other visual phenomena.  Akiyoshi became most renowned for his “Rotating snakes illusion“.  Since many of you have seen already, we will cover some new stuff.  By the way, Rotating Snakes illusion currently holds 4th position in our “Top 10 Illusions of all time” gallery.

Recently, Akiyoshi updated some of his most popular illusion with additional “Plastic” layer.  This resulted in drastic improvement of the optical illusion effect they hold. Finally, don’t forget about both of the thumbnails included in this post, and don’t forget to open them in full-size to see the illusion better! 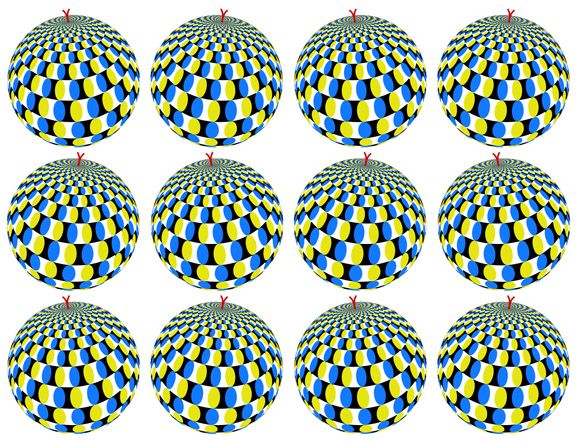 The newest illusion apart from Kitaoka‘s collection is concentric circles.  The image below might look like it is an infinity spiral descending into the depths of your screen.   The illusion is drawn by a bunch of squiggly concentric circles, which all have their center in the middle of the image. 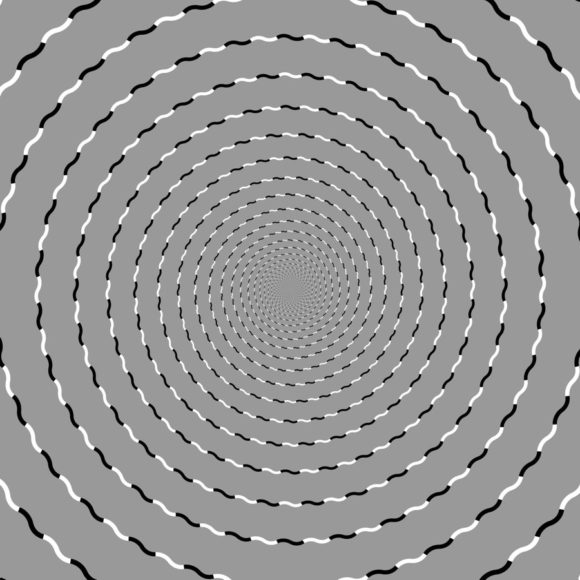 P.S. – When you open the gallery of this post, there is another hidden gem inside! Let’s see how many of you find it.