Floor tiles in this photo give an impression they are somehow three dimensional. I would have hard time living in a place where looking at those would be my every-day reality. But the real illusion is not the 3d effect the boxes produce, no – the floor sample is one of the most famous optical illusions of all time. Originally implemented at the Basilica of St. John Lateran in Rome, the pattern not only creates an illusion of three-dimensional boxes, but each person sees it differently.

For example: if we take lighter (white) side of the “box”, we can understand it as upper facet of the box (or top cover). This way our floor tile sample gives an impression of some kind of pyramidal steps. If it were really 3d, you could step only on white surfaces (diamonds), while brown sides would be considered “legs” of the box. Think of it like this: white surfaces equal table tops, while brown surfaces equal legs of the table. But the floor tiles can also be interpreted differently: what if the white facet now considered supporting leg, and two brown sides represent the top cover of the box (like roof on the house). In this case, you’d only be able to step on the twisted brown roofs. Hope all this babbling made any sense. I have also included photos of the Basilica of St. John Lateran, where the floor sample originally originates from. Some say that the sample is implementation of Escher’s work. I’m not quite sure of this. 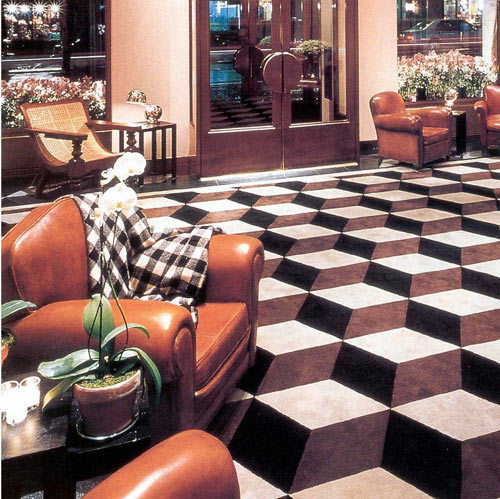 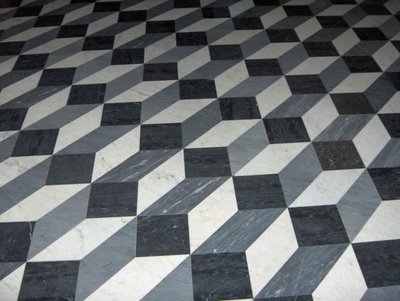 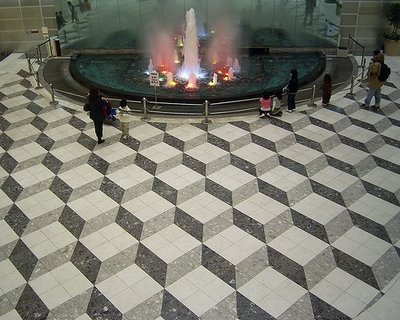 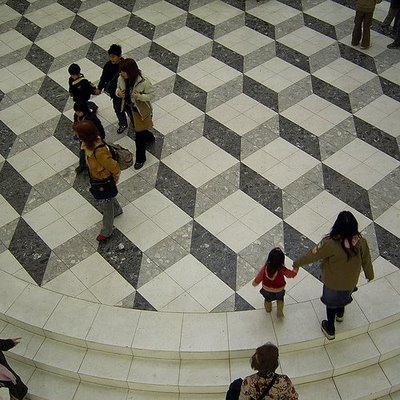 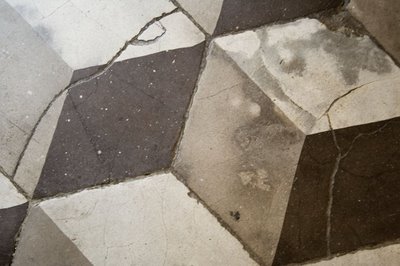 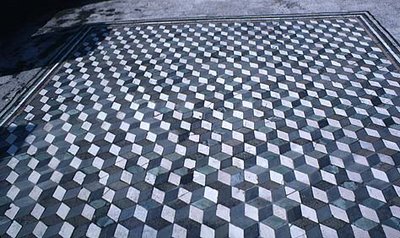